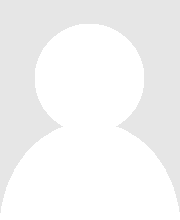 Mr. Chad Henry is the Agriculture Instructor at Northeast Texas Community College. He is married to Melody Henry, the Associate Dean of Out-Reach Services at NTCC, and they have three children, Jace, Keely, and Kincade. Mr. Henry was born and raised in Lake Charles, Louisiana. He grew up working on his family’s ranch in Southwest Louisiana. In the past, they raised registered Beefmaster cattle, commercial cattle, rice, soybeans, milo, and horses. Today the ranch is primarily a commercial cow/calf operation. Mr. Henry attended McNeese State University on a rodeo scholarship and was a member of the 1991 Southern Region Men’s Championship Team. He competed at the College National Finals Rodeo in tie-down roping, team roping, and steer wrestling.

He transferred to Texas A&M University-Commerce after marrying the former Melody Oden in 1994, and graduated with his Bachelor of Science Degree in Animal Science in 1995. He worked as a Graduate Assistant in the Agriculture Department while pursuing his Master’s degree. He graduated in May 1997 with his Master of Science Degree in Agriculture. In August of 1997, Mr. Henry began his career at Northeast Texas Community College. He was hired as the Rodeo Coach and Farm Manager. He worked as Farm Manager until 2001. In August of 2001 he became Agriculture Instructor and Rodeo Coach, and in the fall of 2008 became full-time Agriculture Instructor. To reach Mr. Henry, phone 903-434-8177 or send an e-mail to chenry@ntcc.edu.