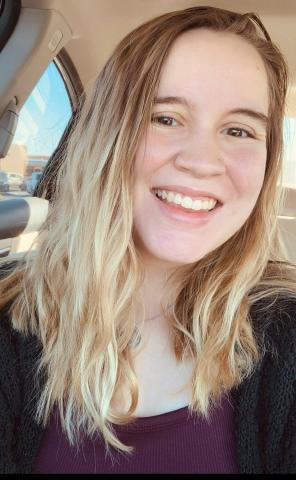 Sophomore Honors Scholar, Gem Elmore, recently became the third NTCC student in history to give an invited address to the annual meeting of the Texas State Historical Association (TSHA). Professorial judges of the TSHA’s collegiate auxiliary, The Walter Webb Society, selected Elmore’s work to represent the best of essays in 2020 in the state among freshman and sophomore college/university students.  Elmore’s essay is on the “Integration of Northeast Texas Churches.”

Elmore’s reading, taped January6, will occur in the spring virtual conference of the TSHA.  With the new format, registration at the annual meeting is down to an unprecedented $25.  Also, unlike the typical conference, viewers will not have to miss a session if it conflicts with another, since all will be viewable.

Elmore’s paper built off a previous honors essay by Ashley Perzel in 2012 which interviewed the pastor of First Baptist Church in Mount Pleasant, the Reverend Dr. Clint Davis, as well as other pastors.  Elmore vastly extended the list to include Mount Pleasant’s Reverend Kirthell Roberts, Dr. Joel Chapman, a long-term elder at Trinity in Mount Pleasant, Reverend Chris Wigley, Maryna Otero, a foreign language instructor of Mount Pleasant High School with a broad knowledge of Hispanic churches, Dr. David Howton of Winnsboro, David Chrisman, a Mary Hardin Baylor professor with a specialization in North Texas church life, and others.  Elmore’s interest in these interviews in addition to other essays about church leaders from Billy Graham to Wally Criswell sprang from a desire to learn if Martin Luther King’s dream of integration is occurring in Northeast Texas churches.  As some of the most vital and unregulated associations in this semi-rural southern area, what happens in churches could pose one of the most interesting tests of the integration hypothesis.

Elmore’s essay argues that integration has occurred in Northeast Texas, gradually.  Many if not most pastors, particularly of the larger churches, are actively encouraging the trend. Still the results are different from what is happening in urban megachurches, and not necessarily conclusive in the sense that integration is inevitable.  There are so many small churches in Northeast Texas with their own particular legacies, and a lack of congruency with a particular ethnic worship tradition, that many churches remain unintegrated.  The influx of Hispanics into the region after 1990 has created yet another variable.  Though there are remarkably mixed parishes, there are still highly identifiable “Black, White, and Hispanic” churches throughout the area.

Honors Director, Dr. Andrew Yox notes that Elmore’s reading constitutes a “signal success for NTCC at the beginning of the new year.  One of our students is again representing the best among a statewide cohort of university and college students. Elmore’s perseverance with interviews even after her semester had ended, and her willingness to reshape the paper for other presentations at the Mount Pleasant Library, and the National Collegiate Honors Council have made this a special honor both for her and the college.”

Elmore is a sophomore interested in becoming a veterinarian.  Her parents are Alan and Nell Elmore of Winnsboro. 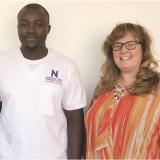