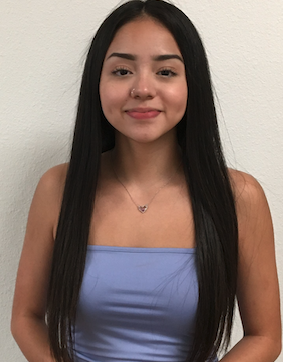 A freshman from Pittsburg is the winner of the Dr. Alexander Villalobos Award.  This $50 prize goes to a top essay in the non-honors division of NTCC concerning the history of health and medicine. Guerra’s essay was entitled “The Death of Death: The Revolution in Hygiene in the early Nineteenth Century.”

Guerra’s essay notes that until the early nineteenth century, it was the norm for most Americans to go long periods without washing their bodies. Dead skin cells—grime, built up attracting bacteria and more death.  There was no indoor plumbing and water was difficult to transport and to reach. But during the first half of the nineteenth century, indoor plumbing, more effective soaps and shampoos, toothbrushes, and toilet paper all came on to the scene. The cleansing of grime, or the death of death made a better hygiene possible.

The award also commemorates the achievements of Dr. Villalobos, who was a Presidential Scholar at NTCC from 2008 to 2010.  While here, Villalobos came in second in the McGraw Hill Poster Contest, produced the first honors film at NTCC, and presented at the Great Plains Honors Council.  Villalobos is now a resident radiologist at the Emory University School of Medicine in Atlanta. Recently, he visited his alma mater, and encouraged students currently in the NTCC Honors Program to think about the big picture.