Northeast Texas Community College softball returned home to NTCC to take on Cisco College after starting the season on the road. NTCC would down Cisco 14-5 in game one action before falling 10-1 in game two of the series.

Cisco would get on the board first scoring one run in the first inning and adding a second run in the second inning to take 2-0 lead. The lead was short lived as NTCC would answer back in the second inning plating 4 runs to take the lead and never look back. The Eagle offense would use seven well timed hits to go along with six walks, a few hit batters, and a fielding error to score fourteen runs in game one.

Emily Cole (Paul Pewitt HS) would be in the circle for game one and was able to keep the Cisco hitters off balance and limit them to five runs on five hits.

Tasha Pierce (Hudson HS) had a good day offensively, reaching base in all 3 plate appearances. She was one for one with a Homerun, hit by pitch and a walk and scored three runs in the game to help the Eagles win game one.

In game two of the series, NTCC could not take advantage of four walks by the Cisco pitcher, having just three hits and scoring one run in the fourth inning.

After a scoreless first inning, Cisco scored five runs in the second inning and never looked back as they went on to defeat NTCC 10-1.

Averie Ayers (Mount Pleasant HS) was in the circle for NTCC and would strike out two, while giving up eleven hits and five walks.

NTCC will take on Grayson College on Wednesday, February 10th at 3:00pm in a double header at home on the NTCC campus. 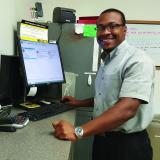