The Eagles would earn the sweep against the SACC Stars with an 8-0 game one win and 5-2 win in game 2.

In game one, returner Kailey Hancock (Central High School) would start things off for the Eagles in the second inning with a lead off double. Hancock would later score to give the Eagles their first run of the fall. A big fourth inning saw NTCC plate five runs Hancock would score again after a one out walk put her on base. Crossing the plate in the fourth also were Raelyn Kinard (Brazoswood HS), Lilly Galaviz (Denton Guyer HS), Skylar Liebrecht (Lakewood, California), and Haley McAlexander (New Boston HS).

The Eagles would add one more run in the fifth inning when Jalissa Alavarez (Mount Pleasant HS) would hit a solo homerun to lead off the inning. Galaviz would add the eighth and final run for the Eagles in the sixth inning to help NTCC earn the 8-0 win in the fall opener.

Pitching for NTCC in game one was the pitching combo of Braylynn Henderson (Columbia HS) and Ashlyn Castro (Wimberly HS). Henderson would pitch four inning and struck out nine while walking two and giving up just two hits. Castro would pitch well in her three innings of work as well, giving up just one hit.

Offensively, Galaviz led the way with a three for four performance, Kinard and McAlexander both had two hit performances in game one to help lead the Eagles to the win.

In game two action, NTCC sent four pitchers to the circle to face the Stars. Daphne Bogenschutz (White Oak HS) would start and go two innings striking out two, walking one and giving up just one hit. Lani Green (Lewisville, TX) would see two innings as well and added another strikeout for the Eagle staff. Anna Green (Ore City HS) would get two innings of work giving up no hits and striking out one. BreAsia Hargrave (Mount Pleasant HS) would finish the game off for the Eagles with one inning of work.

The Eagle offense in game two was paced by Gracie Lance (McLeod, TX), Henderson, and Autumn Bias (Cleburne HS) who all had two hits in the game.

NTCC will be back in action at home Saturday at 12:00pm. To keep up to date with NTCC Softball, visit our website at www.ntcceagles.com.

Tickets can be purchased from the HomeTown Tickets Fan App that can be download to your mobile device or by going to www.ntcceagles.com. No cash sales at the gate. 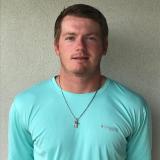