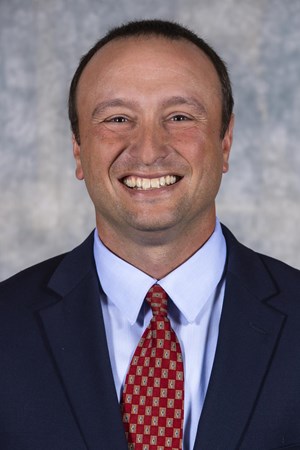 We are back in action this spring. Here is our weekly installment of meet the Coaches. This week we spotlight, NTCC Softball Head Coach, Joshua Freeman.

At CNU, Freeman helped lead the Captains to two straight NCAA Tournament appearances, including a trip to the Super Regionals in 2019. Overall, Christopher Newport has posted a 74-19 record since 2018 and reached the top spot in the NFCA National Coaches Poll for the first time in program history last year.

During his time at Virginia Wesleyan Coach Freeman helped lead the team to the 2017 NCAA Division III National Championship and the coaching staff was selected as the National Fastpitch Coaches Association (NFCA) National Coaching Staff of the Year.

A native of Charlotte, N.C., Freeman graduated from East Carolina in 2000 with a Bachelor of Science in Communications. He and his wife, Melissa, have one child, Lauren.

For more information about NTCC Softball visit our website at www.ntcceagles.com , call 903-434-8399 or email Coach Freeman a jfreeman@ntcc.edu. 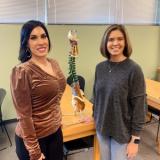 Anna Gaston and Becca Daniel both graduated from NTCC’s Physical Therapist Assistant Program in 2022. They said that the hands-on labs prepared them for patient treatment once in the workforce. “The professors truly care about the students and foster a positive learning environment.” Both are now currently working as licensed PTAs. The credit classroom and lab experiences with preparing them to be successful professionally. — Anna Gaston & Becca Daniel