Theatre Northeast Alumni include the following luminaries: Carl Mergenthaler, professional film actor, director, screen writer and producer in Hollywood. Carl's latest production is as an actor and screenwriter of the film, Jimmy and Mia which is being filmed in Central Texas; DeJon Mayes, a professional stage and film actor in Los Angeles. DeJon has performed as a member of the West Coast Ensemble Theatre in Los Angeles. DeJon has appeared in episodes of The OC and Desperate Housewives. He has been named the "outstanding stage actor in Los Angeles" by the NAACP. Martin Holden, award-winning actor in Dallas and a college Professor in Theatre at Lincoln College; Kathy Watson-Jumper is a college Instructor of Theatre and Speech at Paris Jr. College; Dennis Johnson is a Professor of Theatre and Speech at Fayetteville Technical Community College in North Carolina. Dennis also is an adjunct Professor of Theatre at Campbell University and he directs and designs plays at the ; Harnett Regional Theatre in Dunn, North Carolina; Reggie Peters is a former college Instructor of Theatre at Angelina College and is currently an executive for the Spring Branch School District; Jeff Stirl has his Masters degree in theatre from Texas A&M University-Commerce and is a drama teacher and director at Gatesville High School. Jeff's original play, Execution, was produced by the theatre department at Texas A&M University-Commerce last spring; Jill Bradley is a drama teacher and director at Red Oak High School; Alicia Green is a high school theatre teacher and director in Houston; Jennifer Grainger York is a drama teacher and director at Daingerfield High School; Jessica Hoffpauir is a theatre teacher and director at Gilmer High School; Christian Galloway is an award-winning actress. After receiving her B.A. and M.A. in theatre from Texas A&M University-Commerce, Christian has worked as the Events Coordinator for the Franklin County Arts Alliance with the Cultural Arts Center in Mt. Vernon; Brett Davis is an art teacher and theatre director at Gilmer High School; Melvin Blackburn is teaching theatre at a school in Austin; Candace Davis recently appeared as Annie Sullivan in The Miracle Worker presented by the Richardson Theatre Centre; Holly McCoy is in a production of The Cemetery Club at the Opera House Theatre in Jefferson playing the role of Lucille: Kevin Weddle is the former theatre teacher and director at Daingerfield High School and San Augustine High School and was a featured actor in the film "W"; Bethany Blevins Venable is the theatre teacher and director at Marshall High School; Sandra Dukes is a theatre teacher and director with the Dallas I.S.D. and has recently published her first book, Learning to Love Out Loud and Jennifer Blair is living and working in New York City. Jennifer has studied film at NYU. Tammy Myers Butler is a deaf education teacher in Longview. Tammy credits playing the role of Helen Keller in the Theatre Northeast production of The Miracle Worker as the reason she went into deaf education; Dr. Jenny Board Hoover is a college Professor in History at East Texas Baptist University; Billy Hooks is an M.D. in a hospital in North Carolina; Robert Rodriguez and Ashley Rodriguez live in Bronx, New York where Robert is a teacher; Melony Ashley Ritter received her B.S. from John Brown University and her Master of Education from the University of Arkansas, Little Rock. Ashley works at National Park Community College in Hot Springs, Arkansas as Special Projects Coordinator, Media Consultant and is an adjunct instructor; Josh Miles is the band director at Union Hill.

The following Theatre Northeast Alumni have received a Master's degree in theatre:

The following have received their Baccalaureate degrees with theatre as a major or minor:

The University of Texas at Arlington:

The University of North Texas:

The University of Texas at Austin:

The University of Texas at Tyler:

The University of Texas-Dallas:

The University of Tennessee:

The following Theatre Northeast Alumni are currently matriculating with a major in theatre: Graduate School: 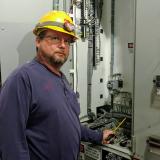