One third of all teenagers are inactive. Only 32 percent of kids aged 6-17 meet minimum standards for cardiovascular fitness, flexibility, muscular strength, and endurance.

Forty percent of first graders have at least one coronary artery disease (CAD) risk factor. Thirty percent of all school aged children are at risk for CAD and premature death as adults. According to a USA Today poll, about 20 percent of children aged 9-11 said they have been on a diet. Thirteen percent of adolescent boys, and twice that number of their female peers say they have dieted.

Since 1960 obesity increased 54 percent in elementary school children, and 39 percent in high schoolers. Twenty five percent of all school aged children are obese. The longer kids are obese, the more likely they will remain so. Obese infants with obese parents are 2.5 times more likely to become obese adults. Obese adolescents have a 90 percent chance of becoming obese adults.

Poor heath practices tend to run in families. Your youngsters will adopt your habits. Involve your children in exercise as often as possible. But don't start them running marathons. Kids are physiologically different than adults. Before puberty children cannot keep up with adults. They have less muscle glycogen leading to a decreased ability to perform anaerobic tasks. They have a lower maximal and submaximal cardiac output.Their hearts are only 30 percent the size of yours. They carry less blood, therefore less oxygen is provided to their working muscles. Kids generally have low resting blood pressure. Similarly they have a low absolute VO2 maximum (the amount of oxygen carried to the muscles per minute).

Your offspring have a quick-energy system similar to yours. They have superior recovery rates, and they reach a steady state faster than you do. Their bodies are well suited for intermittent activity with short rest periods. Games and relay races work well, as opposed to watered down fitness programs.

Because of this, the American Academy of Pediatrics (AAP) recommends to restrain intensity and duration initially, with a gradual increase over 11-14 days. Children should wear light weight absorbent clothing, no rubberized sweatsuits. And they should not rely on their thirst mechanism. Instead they should drink 1-150 milliliters of fluid every 15 to 30 minutes during activity.Overuse injuries are a concern. Be careful that children do not increase their frequency, intensity, or duration of activity drastically (ie. more than 10 percent). Watch for strength and flexibility imbalances. Replace their footwear when appropriate. And be careful of running surfaces. Look for misalignment of lower extremities.

The new AAP guidelines recommend that if children lift weights they should use high repetition, low resistance. Emphasize muscle balance, flexibility, and proper technique. Programs should be conducted by trained adults. And avoid weightlifting, power lifting, and body building until full sexual maturity. Kids won't grow large muscles because they lack androgen-protein synthesis, which is not sufficient until adolescence. Boys and girls strength remain relatively equal until puberty.

Regulate television. The average child watches 24 hours of television a week. During television viewing, kids are 8 times more likely to eat. There is a direct correlation between watching television, inactivity, and obesity.

Emphasize fun and fitness, not winning and hard work. Kids naturally enjoy aerobic endurance exercise, muscle strength and endurance training, flexibility work, and healthy nutrition. They will work out if they have fun and are allowed to be with their friends. You, as their parents are their greatest influence. Be kid-specific. Make the games exciting and easy to play. Offer achievable goals. And challenge different abilities. 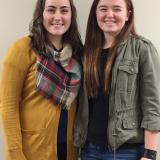