Develop a simple eating and exercise plan. Your first step is to decide the hours during the day when are normally hungry. If you don't know what it feels like to be hungry, symptoms include feelings of listlessness and fatigue. Your blood sugar may drop.

Food provides energy. Most of us need an energy boost every couple of hours. Choose morsels that feed your muscle. Eat and drink just enough to satisfy. Substitute your normal high fat/calorie fare for low fat/calorie items.

Fad diets don't work. Temporary weight loss programs provide temporary results. It's easy to follow a step-by-step plan of cabbage or grapefruit and lose weight. The weight you lose is fat, muscle, and water; probably not in that order. When you return to a semblance of your normal eating pattern you will gain your weight back, and more.

Rather than deprive yourself, eat sensibly. The single most important feat you can accomplish to insure you will lose body fat is to eat a healthy breakfast. A good choice is oatmeal, non fat milk, and a banana or raisins. Carry a cooler in your car filled with plastic containers of your favorite non fat foods. Turkey sandwiches, non fat yogurt, sliced vegetables, fruits, and low sugared drinks are some easy choices. If you get hungry between breakfast and lunch choose non fat yogurt. Enjoy a sandwich for lunch along with sliced fruit.

You may be too busy between lunch and dinner for a full-blown snack. Mix a meal replacement product for a one-minute delicious shake. Dinner should be fun. Create low fat cuisine substituting high fat with low fat items.

Spending thousands of dollars on liposuction and implants may seem easier than exercise but it is not. Most have never given exercise a chance. When you were in school you ran laps and did pushups for punishment. But exercise doesn't require grunting and groaning. Olympic and professional athletes train for performance not fitness. They push their bodies to their limits. But their goals are not your goals. Michael Johnson spends a lot of time on the track and in the weight room. Janet Evans swam six hours a day.Paying hundreds of dollars for infomercial machines is not the answer either. The variety of exercise devices which were "the last machines you would ever need," turned out to be a fad.Note how frequently they appear in garage sales. Most are advertised as "like new" or "never used." Many infomercial enthusiasts didn't lose a pound and some acquired an aching back. A few infomercials infer "you might incur an initial weight gain, but not to worry muscle weighs more than fat." True enough. But if your waist is getting wider, and you are gaining weight, you are probably getting fatter.

The latest television advertising craze includes a variety of abdominal gadgets. You can spend your hard earned money on devices that support your neck while you perform crunches. Or buy a product that forces you to flex your stomach muscles; and if you don't, a protruding piece will stab you in your solar plexus.

If the infomercial products you used were disappointing, it is not you who failed. The machines failed you. Don't give up. Moderation and simplicity is the answer. There are no magic pills or liposuction procedures to rid yourself of unwanted fat. Nor must you spend thousands of dollars on a home-gym.

There is no reason that exercise should be expensive in the 1990's. Exercising for health means spending 30 minutes twice a week with your SportCord. Go for a twenty minute walk, four times a week. If that feels too easy, add two minutes a week until you are strolling forty-five minutes at about four miles per hour. Walk hills for variation. In 1994 the Cooper Clinic in Dallas conducted a study determining whether walking at a fast pace was harder than walking slower on an incline. Results demonstrated that walking slower on an incline was perceived easier but burned more calories than walking faster. Be careful on the downhill. Walking downhill forces your muscles to contract eccentrically. Eccentric contractions cause delayed onset muscle soreness (DOMS). Research suggests that DOMS is partly responsible for the high dropout rate of eager exercisers. Don't walk so fast that you could not comfortably carry on a conversation. 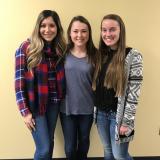